It felt weird to watch this young woman who was, at that moment, carrying my children. I was face to face with the evidence of my inability to conceive and was staring at my incompetence in the face. But I was not jealous. Instead, I prayed in my heart for this Hindu girl and my children in her womb. She was the angel God had placed in my way to make this journey easier. Up until that moment, we had been walking as two individuals but with the pregnancy news, we became one – in purpose and reality – my surrogate, my helper, the one who took over the race where I could not continue. I had passed on the baton and she was not about to let it drop. Not on her watch.

It’s a race to the finish line.

…Five days after the delivery, it was time for Pooja to go home. I cried so much that day. She had been my companion for thirteen months, and we forged a close friendship during the last nine. She had exceeded my expectations and made the journey worthwhile. I am indebted to her for her sacrifice, her selflessness, love, commitment, and dedication. She gave me hope when there was none, courage when my heart failed , confidence where there should have been shame.

She brought me redemption.

Pooja restored my pride, honour, and dignity as a woman, and gave me a place on earth as a mother. I will be eternally grateful to this extraordinary woman, my surrogate. 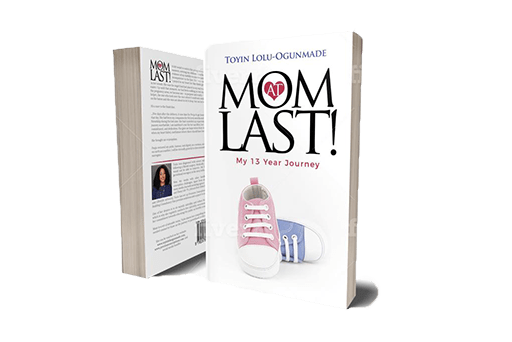 Get It On Any Device 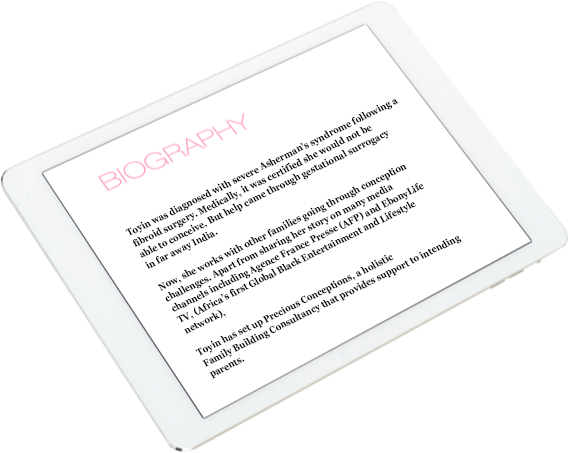 Love to read on the road?

There is no better companion to your commute than my book! Get it now on on this website and other book stores.  This book will transform how you think and guid you towards conception.

Got some questions about this book?

This website uses cookies to improve your experience while you navigate through the website. Out of these cookies, the cookies that are categorized as necessary are stored on your browser as they are essential for the working of basic functionalities of the website. We also use third-party cookies that help us analyze and understand how you use this website. These cookies will be stored in your browser only with your consent. You also have the option to opt-out of these cookies. But opting out of some of these cookies may have an effect on your browsing experience.
Necessary Always Enabled
Necessary cookies are absolutely essential for the website to function properly. This category only includes cookies that ensures basic functionalities and security features of the website. These cookies do not store any personal information.
Non-necessary
Any cookies that may not be particularly necessary for the website to function and is used specifically to collect user personal data via analytics, ads, other embedded contents are termed as non-necessary cookies. It is mandatory to procure user consent prior to running these cookies on your website.
SAVE & ACCEPT